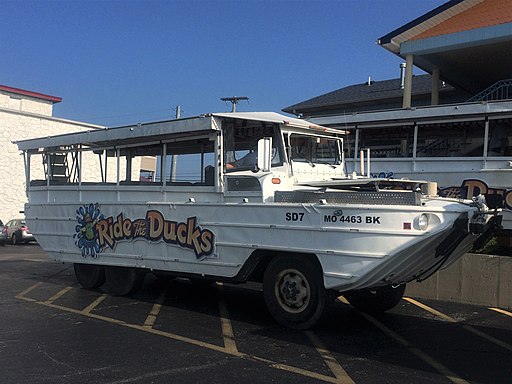 The tragedy that occurred in Branson, Missouri recently has resulted in a $100 Million lawsuit being filed by personal injury attorneys in Springfield, Missouri. There were 31 passengers aboard the Ride the Duck ride on July 19, 2018. Reports state there was a severe thunderstorm warning issued for the area during the time of the sinking, but that skies were clear when they took off on their journey. Shortly after taking off on the tour, winds picked up and a severe storm moved into the Table Rock Lake area causing white caps and waves in the lake. The duck boat was unable to overcome some of the surges of water and became partly submerged in the water. Shortly after, the duck boat capsized and sank, tragically claiming the lives of 17 passengers who were aboard.

Duck Boat Company Could Be Responsible for Wrongful Deaths

One of the survivors claims that the boat’s captain told them that life jackets wouldn’t be necessary and they didn’t need to put them on before the tour started. Although life jackets may have saved some of the lives lost, it’s possible that despite having a life jacket on, some passengers may have been trapped in the boat due to the canopy used.

Officials in the United Kingdom have deemed the duck boats as unsafe as produced and used in the United States. UK officials have mandated that duck boat operators install additional foam in the boat’s compartments so that the boat would stay afloat if it becomes submerged. Additionally, the UK officials have mandated that the metal canopies used on these boats be able to detach in the event that a passenger needs to escape in an emergency.

Personal Injury Attorneys Have Been Demanding Safety Changes for Years

There have been multiple fatalities on similar vehicles in other states. In 1999, 11 people died when a duck boat sank on Lake Hamilton in Arkansas. Two passengers aboard a duck boat in Philadelphia were killed when a barge struck a stalled duck boat that was floating on the Delaware River. The NTSB has been recommending design changes to the duck boat vehicles for 20 years. Although many have called for outlawing duck boats, the operators continue to allow passengers to ride on these boats without regard for safety. The NTSB is not a regulatory body, and therefore, unable to force any regulations on the vehicles. They have made repeated suggestions for safety improvements which have been ignored.

Personal injury attorney, Robert Mongeluzzi, has been trying to get the United States Congress to pass legislation mandating duck boat operators to take extra safety precautions to keep their riders safe. He represented the families of some of the passengers who were killed in the Arkansas tragedy as well as representing the two killed in the crash that occurred in Philadelphia. He believes the duck boats are “death traps,” and that he has been “their fiercest critic for 10 years.” The very thing he complained about is the reason why the 17 were killed in the Branson, Missouri tragedy. He continually asks how many lives must be taken before the legislators will require they change their vessels to make them more safe for riders.

The United Kingdom experienced a tragedy involving duck boats, and quickly acted to require operators to install additional safety measures such as extra foam to keep a submerged boat afloat, as well as a removable canopy that can be taken off if a boat sinks. In 2013, similar duck boat sinking occurred in the United Kingdom and all passengers aboard survived. They were required to use their life jackets during the entire tour and abandoned the boat once it began to sink.